Presented by Liphatech at Gillette Stadium, home of the New England Patriots,  in Foxboro, MA on Wednesday, March 23, 2016. This special rodent control program featured John Murphy and Ted Bruesch and was emceed by former New England Patriot Jermaine “Wiggy” Wiggins. This event was held in front of a live audience of New England pest management professionals and was also transmitted to 45 states via a webinar format. As the only New Yorker in attendance in hostile territory and fearing for his personal safety, Andy Linares kept a low profile among attendees.:-). We are grateful to Lipha for their gracious invitation to a fine event. 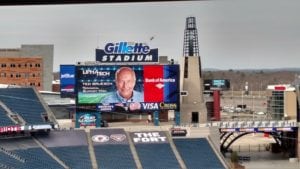 Ted Bruesch appears on the Jumbotron 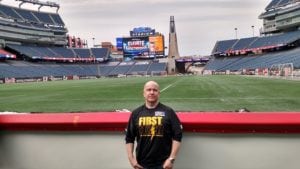 Sporting a First Strike jersey on the field 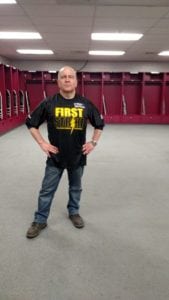 In the Patriots locker room 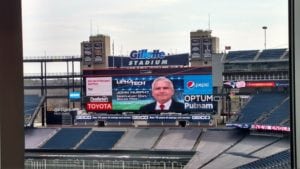 John Murphy on the Jumbotron

Posted in Past Events, Past Special Events